What is Purity, and Why Call It a Culture?

The first chapter of Genesis (B’reshit in Hebrew) written on an egg in the Israel Museum.

** Caveat Emptor: This post is for those interested in re-thinking the “God wants you to keep yourself pure” message of the (predominantly) Christian Purity Culture. It’s a post about Spiritual Trauma, and thus a fitting topic in a “trauma blog.” Still, it’s possibly not your cup of tea – so ignore as needed, and know that you’re welcome and valued, whatever tea you’re drinking! **

Why Am I Writing This? I don’t make it a habit “to get all Biblical and religious” in this blog. While I do have a deep (intractable?) spirituality, that’s not my emphasis in this blog about Trauma and Healing. Recently, however, I was deeply stirred (as from the greek word αναστενάζω – to sigh deeply in one’s spirit) after reading through a FB Story post from a woman whom I’ve loved since she was a baby, and whom I have come to admire so much more as the years have gone by. Her “story” is one of overcoming misogyny to develop a deep sense of belonging, self-worth, great power and compassion for others who have felt worthless and “spoiled” (or soiled!), due to their failure to live up to the Purity Culture standards with which they were raised. Thank you, R! I’m grateful for your care and love for women and girls, especially. You are צֶלֶם אֱלֹהִים‎, the Image of God, and bring שָׁלוֹם, health, peace and well-being, to those most in need.

How Does Purity Fit in a Trauma Blog? Thankfully, there are many women particularly who would say, “Why are you even asking that question?!” Too many women are well-acquainted with the depth of pain and and injury caused by adherence to a culture of purity in the church, and elsewhere. This point is well-taken. At the same time, there are many women (and many more men) who need need this question answered. While not remotely the only form of trauma found in churches and other religious organizations, “purity culture” is an insidious form of rampant spiritual abuse, in that it enforces rules that oppress and injure millions in the guise of providing a path to fulfillment and “wholeness” (or holiness). Purity culture attacks women at their core – providing a pseudo-biblical foundation that promotes chronic PTSD, as well as depression, anxiety and panic disorders across the globe, through an artificial division of classes of humans (male “beings” and subordinate female “givers”/”tempters”) and their respective gender-encoded rules  – (See Nagoski and Nagoski, Burnout: the secret to unlocking the stress cycle, as well as Manne, Down Girl: The Logic of Misogyny – referenced in my earlier blog post, “Down Girl” or “You Go, Girl”?)

What is Purity Culture? Purity culture is cross-cultural and “cross-religious,” but has found a major stronghold in many Evangelical Christian churches’ teaching and practice. (See an excellent explication of Purity Culture by Linda Kay Klein at her website.) Essentially, Purity Culture asserts that men are by nature leaders who are to be supported and respected, and even given allowances for “understandable” or possibly “immature” behavior; they’re “only human”, after all. (Think of how many times you’ve heard the phrase, “Boys will be boys” – even when evaluating the behavior of presidents, political candidates and judicial nominees.) Women and girls, on the other hand, as described by Nagoski and Nagoski, are human, but not human beings, per se. They are “human givers”. The expectation is that women should/must be “pretty, happy, calm, generous, and attentive to the needs of others”, and if these principal characteristics are transcended (or worse, transgressed), they are “nasty”, need to learn to “smile more”, “angry bitches”, “withholding”, and “selfish”. Granted, not all of these words would be spoken from the pulpit, or in the Sunday School class (for girls)! However, the trend in Biblical interpretation and teaching in Evangelicalism is to reinforce a bifurcated human definition, and to reinforce this role and status differentiation with impossible to keep, and I would argue “inhumane” (inhuman?), gender-coded rules about sexual conduct and purity.

Worth, Responsibility, Power and Safety – Four commonly understood human needs that are impacted negatively by trauma are self-worth, accurate appraisal of responsibility for events, self-efficacy (the capacity to act meaningfully on one’s own or another’s behalf) and of course safety. What I want to point out here is that Purity Culture assaults girls and women from early on, creating deep injury to all four of these critical human developmental needs.

For today, I’m going to focus on worth / value. Purity is most often referenced in terms of the value of that whose purity is being estimated. The more singular and “uncontaminated” an item, the more “pure” it is, and therefore the higher its value should be. Here, then, comes the most central logical fallacy of Purity Culture. The fallacy is two-fold. First, the notion that innate (created) sexual desire and expression is tantamount to having slutty and whorish character denies the central tenet that “God created [everything]… and it was very good.” The intellectual summersaults done in the pulpit and at home to describe a basic drive, and the healthy development of mutual expression of that drive, as “evil” (until you’re married, that is) are astounding. Worse, failure to abide by these impossible rules – means the [female] person has become dirty, distasteful, “damaged goods” – impure. How, exactly, does expression of a normal human need (hardwired, by the way, at the level of the brainstem in the periaqueductal grey area) introduce impurity into the person? One could argue that how a person expressed sexual desire – with violence, overriding the other’s voice/choice, through manipulation, etc. – might provide a reflection of “impure” or unsavory character. However, we would never say that a person who eats, sleeps, laughs or breathes – managing basic human biological / emotional needs – to be dirty or impure. That said, this is exactly the logical argument for slut-shaming and incentivising the subjugation, and even denial, of female sexual needs with a false label of “purity”.

The second aspect of the Purity Culture fallacy lies in the obvious, if not always admitted, dual standard. Time after time, we read stories of “well-meaning and deeply faithful men,” tempted away from their “better angels” by the devious and sexual wiles of women. Yet, even if this leads to the downfall – at least temporarily – of the man, in terms of the role he holds in the church, for instance, the woman involved is still primarily seen as responsible for his fall from grace. Stories of men tempting women away from a state of grace are nearly non-existent. Why is this? It is because male sexuality and sexual behavior is seen as “natural”, while the same behavior among women is unacceptable. Boys go without shirts, bare nipples blatantly showing in the sun, well into adulthood. Girls, though, presumably because their equivalent nipples will someday appear on adolescent/adult breasts, are very often shamed for going without their upper bodies covered. It’s just a simple, childhood example, but it is deeply relevant. The girl must take care not to seem inappropriate, while the boy is, well “just being a boy!” When we move to overt sexual expression, the heat is turned up on women exponentially. Young men “sow their wild oats”, but the women with (or upon) whom these oats are sown are deemed to be impure, to be sluts.

What is the result? Half of our species lives a life of fear and impossible expectations, a double-bind of shame. A “good Christian woman” is compliant with a patriarchal ideology that maintains her inferior position and demand to live within a dual ethical (as well as social, psychological and biological) standard, or she is relegated to a third, even lower class of person, the impure, shameful woman deserving of the “scarlet A”.

To be agents of healing, peace and well-being, we must be committed to asserting and supporting the true value of women as human beings, “purely human” with all the needs, drives and capacity to receive love (not just to give it) that comes with being part of the “created order” and being fully human.

**Note: The arguments above have admittedly been made without addressing equally important issues of dualistic/binary understanding of human gender identity and expression, or sexual orientation. This is not to undervalue the importance of addressing healing in these areas, as well, but rather to focus on one specific concern within the purity culture discussion.

Over 30 years of helping people heal 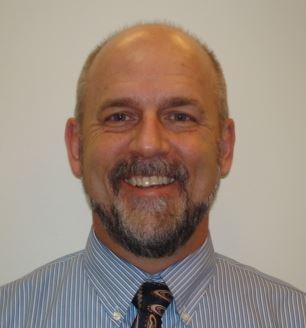 Resolving the impact of trauma and loss leaves you freer to live a rich and fulfilling life. As a Certified EMDR Therapist, I work to help clients move through the healing process efficiently and effectively.

I am also an EMDRIA Approved Consultant - Contact me if you are interested in consultation for Basic EMDR Training or Certification!